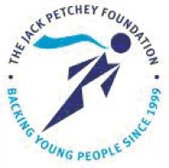 NMCC has successfully applied to join the Achievement Award Scheme which aims to celebrate the achievements of young people by rewarding them with a framed certificate, a Young Achiever Badge, a medallion and £250 to be spent on a project of their choice.

Nominations are open to everyone associated with the club who thinks that a member between the ages of 11 and 25 deserves recognition. That is not to say that performance on the pitch is the prime factor in any nomination. It is also important to reward those who contribute in other ways, so a colt who always attends training but may not be the most competent cricketer, or someone who stays behind to help put away training equipment, are just as likely to receive an award.

Nomination forms can be obtained from coaches or from Martin Armstrong-Fox our Jack Petchey Foundation Coordinator by emailing him at martin.armstrongfox@btinternet.com. Coaches are also involved with the nomination process and all nominations will be considered by a small informal committee.

A 'wish list' of items that the club need for our colts’ cricket teams will be given to each group of winners for them to choose how they would like their award to be spent.

Finally, if you would like to read more about Jack Petchey and the scheme you can do so at www.jackpetcheyfoundation.org.uk